​The history of barcodes

The history of barcodes

An inkling of an idea

Punch cards were first developed in 1890 for census in the United States. Stores knew even prior to the invention of a barcode scanning system that they absolutely needed a way to keep track of their stock, which proved to be an excessively difficult and wavering chore, and the concept of punch cards seemed a decent solution that sparked a few ideas in later decades. It was in 1932 that Wallace Flint, a business student at the time, wrote a master’s thesis on an idea for customers to have product cards upon entering a grocery store. He envisioned them to choose their products from their cards, which would be read at the check-out counter and have automated machines bring down all of their chosen products while simultaneously keeping track of the goods being sold. Of course, at that time, the idea was utterly unrealistic and much too expensive to be implemented in stores without running at a huge loss. But, even though new ideas seemed largely impossible, each set the tone for future innovations with a smarter and more practical approach. 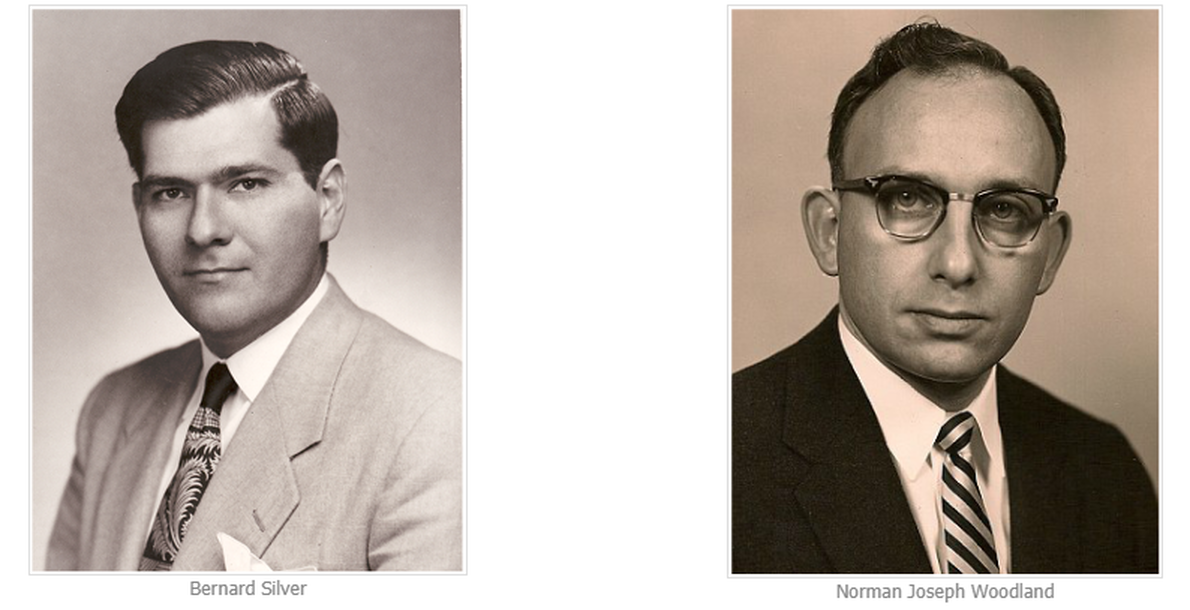 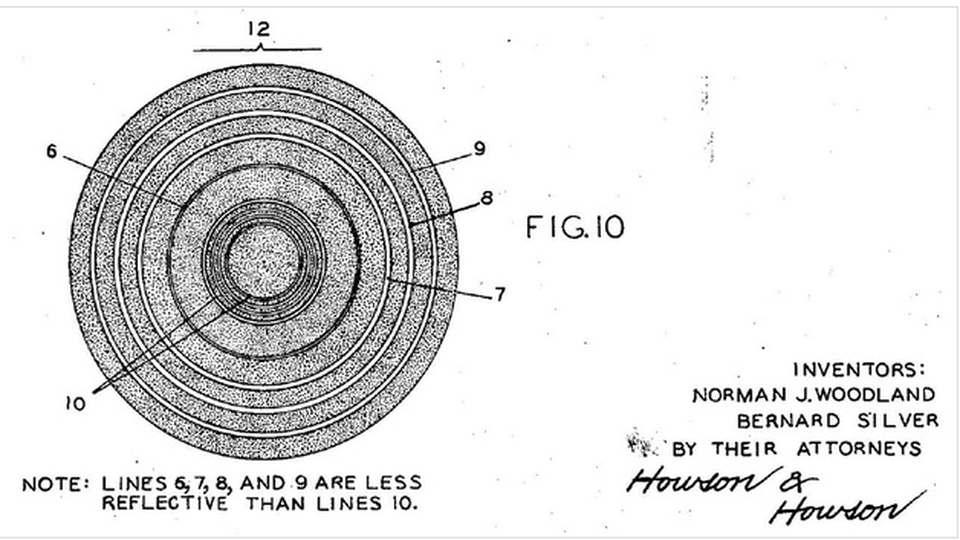 After taking this idea back to Drexel, Silver and Woodland decided on changing the barcode from lines to circles, creating the ability for it to be scanned from any angle or direction, known as the bull’s eye barcode. The two filed a patent application for the barcode in 1949, although it only got issued in 1952 with a 17-year life. It was in this year, after Woodland acquired a job at IBM, that the men set out to build the very first barcode reader. It was constructed in Woodland’s apartment living room and was about the size of a desk. A 500-watt bulb was the only light source powerful enough to read the barcode information, but the light was not as concentrated as today’s laser technologies are, and so the device needed to be wrapped in black oil cloth to keep the light out. “That bulb was an awful thing to look at,” Woodland stated as he reminisced on their work. “It could cause eye damage.”
​

Despite it being in the early stages and running into some inevitable setbacks such as the light bulb and its high complexity which made the device incompatible with basic computers of the 1950s, Woodland and Silver had created a machine that could electronically read printed material. With hopes of his invention expanding, Woodland presented his patent to his employers at IBM. They were impressed, but concluded that the device would need accompanying technology that was at least five years off. And when they offered to purchase the patent, Woodland was unsatisfied that his prices were not being met for its capacity to perform. In 1962, a company named Philco met their cost expectations and Woodland sold them his patent, to which later they sold to a new company: RCA (to be later known as General Electric).
Collins proposed his idea to the heads at Sylvania – he wanted to develop a black and white barcode system that could assist not just the railroad companies, but many other businesses and retail stores who needed to keep track of their products. Blinded by greed and unable to envision future prospects, Sylvania rejected his proposal. With this, Collins quit and co-founded the Computer Identics Corporation. Unlike Sylvania who were crushed under the recession in the late 1960s and early 1970s, Computer Identics prospered, especially since lasers – a source of concentrated, powerful light obviously much more efficient than Woodland’s bulb – was affordable and able to be implemented in the barcode system to successfully scan information.
​
Setting up secretly with two companies, the barcode system of Computer Identics proved both functional and feasible and that the system could be carried out on a large scale. RCA saw the potential for big business and moved into the industry – setting up a committee that could assist with standardising the barcode system as well as setting simple ground rules. It was declared that barcodes should be able to be read from any angle and that labels should be efficient and cost-effective to print. In 1972, RCA ran an 18 month test on Kroger stores with the bull’s eye barcode technology. Unfortunately, the assessment encountered problems with printing and scanning and limited the usefulness of the bull’s eye.

Because individual retailers and manufacturers already had their own tracking systems in place, it was difficult for everyone to step on board the new standardised UPC system. By 1977, no more than 200 stores (less than 1%) adopted the barcode system in the United States and it seemed that the scanning system had failed. Determined to share the efficiency of barcodes and in an effort of persuasion, research was conducted on shops who had already implemented UPC and the results were impossible to overlook. Retail owners and manufacturers alike could not ignore the promising statistics – return on investment on a barcode scanner was 41.5% and in 1970, a study conducted by McKinsey and Company foresaw that the industry could be saving $150 million per year. By 1980, after the proof that UPC was the best investment, 8000 shops were signing up per year.

Of course, when anything becomes popular, there is always a negative aspect to be found by extremists. Conspiracy theorists claimed that the coming of the widespread barcode system was an undercover surveillance technology. Fundamentalist Christians believed that the system was spreading evil through the “The Number of the Beast” – 666 – a biblical reference. But the issues were either addressed or faded with their novelty.

Unfortunately, Woodland did not profit from his original invention and Silver died tragically years before when he was just 38. But for his accreditation and idea that spawned the creation of a system we find indispensable, Woodland received the National Medal of Technology in 1992 from the then President George Bush.